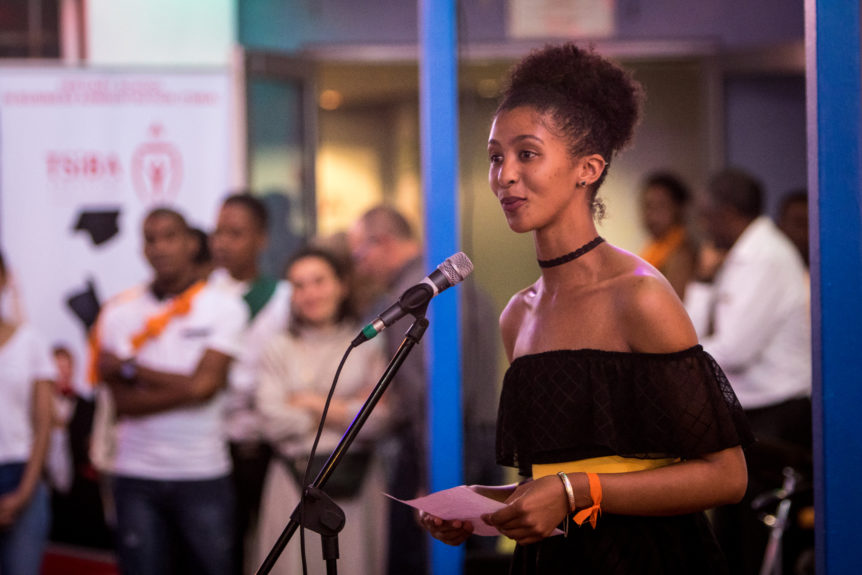 I thought leadership was a trait only certain people were born with. However, TSIBA Business School has completely changed my perspective on the concept; it can be a natural trait that one has to build. To lead others you have to learn how to lead yourself, be bold and stand out for the right reasons.

Being nominated as the SRC President, to me, emphasised the value of teamwork. Having served the 2017 term as Treasurer, I understood the importance of this role in representing one body with one voice. Our focus is to promote active participation in the pursuit of a conducive learning environment and a culture that benefits all students and staff, and to create an all-inclusive vibrant atmosphere. Focused on students’ well-being, 2018 saw an active campus with lots of sports clubs, from soccer to netball, rugby, cricket, cycling and social events which resulted in a sense of belonging to the community. Pay it Forward is one of the greatest ways to improve our effectiveness as human beings, by contributing to the greater good of humanity.

The Cycling Team led the way in raising, just in 2018, R50 000 towards bursaries. We also valued collaboration for Mandela Day; students and staff worked with Jo Maxwell to create blankets out of newspapers, donated by iDot. The sleeping bags were donated to The Carpenter’s Shop – an NGO that works with the homeless. As Vision2020 became crystal clear, the SRC played an active role in the decisions around the new branding, as this is a brand we are proud to be a part of.

Together we agreed on the three aspects that give TSIBA and its people the drive to achieve great things for our society: Future | Business | Leaders. We saw the need to appreciate those who have made an impact on the organisation as a whole. The concept of giving individuals the recognition they deserve in the way that we do as TSIBAlings is a tradition that we hope to continue going forward.